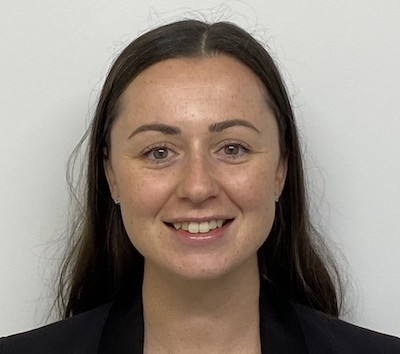 QCIF has an eResearch Analyst based at USC for the first time due to the university becoming a full QCIF Member this year.

Dr Delaney Burnard, who has a research background in molecular microbiology and bacterial genomics, will assist in the promotion and support of QCIF services to USC researchers, including research computing and digital skills training.

She began her new QCIF role on Monday, 17 May and will be based at USC’s Sunshine Coast campus from Monday to Wednesday. She will work with researchers across all of USC’s campuses.

Delaney is looking forward to supporting USC researchers. “I did my PhD at USC, followed by a few years of postdoc’ research at UQ, and I’ve learnt a lot of computing skills along the way. I’m keen to help other researchers get the most out of their data and find more efficient ways to do their research.”

QCIF Skills Development Manager Dr Mark Crowe said: “Delaney’s experience as a researcher, her programming and data science skills and her enthusiasm for helping others will make her a valuable addition to the team.”

Delaney has a broad skill set in high-performance computing from a researcher’s perspective, such as using Linux environments; experience in programming languages Python and Bash, including software installs and creating Bash scripts; and handling large genomic data sets.

She also has experience in a variety of software platforms, such as Galaxy Australia for RNAseq analysis, SPSS for statistical analysis and Jupyter Notebooks for data science tasks.

She joins QCIF after recently completing a two-year position as a Postdoctoral Research Fellow at the University of Queensland’s Centre for Clinical Research. There, as an early career researcher, she gained further experience in clinical microbiology and comparative genomics with infectious bacteria.

Originally from New Zealand, after completing her undergraduate and Masters degrees at Victoria University of Wellington, she moved to Australia in 2015 to undertake a PhD at USC. Her doctorate focused on the molecular epidemiology of chlamydial infections in native Australian wildlife.

After submitting her PhD, Delaney stayed on at USC as a Laboratory Technician and Laboratory Demonstrator, before commencing her postdoctoral appointment at UQ.

Please note for technical issues with QCIF’s cloud computing service QRIScloud, all researchers, including those from USC, are advised to contact the QRIScloud support team.

USC became a full QCIF Member at the start of this year. Previously, USC was an Associate Member. Full membership enables USC researchers greater access to QCIF’s resources and services, including free registration to digital skills workshops, as well as the appointment of an eResearch Analyst for the university.