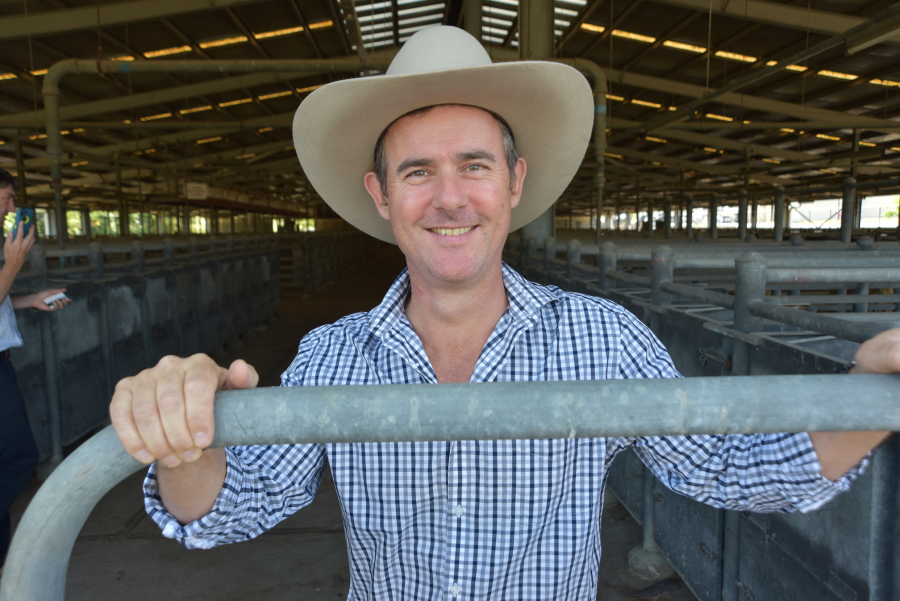 Researcher:
Professor Dave Swain
Head of the Department of Agriculture, Environment and the Sciences at CQUniversity

CQUniversity-developed DataMuster is a groundbreaking animal monitoring Web application that links biology with technology, combining automated livestock management hardware, such as weighing systems, with cutting-edge software so that beef producers have a precise and real-time understanding of individual animal performance.

After a two-year pilot trial involving six farms and Queensland’s Belmont Research Station, DataMuster is now being offered as a commercial service.

Running a cattle farm in northern Australia is challenging. The harsh environmental conditions, vast geographical expanse and remoteness can make it tough for farmers to return a good profit on their stock.

Over the years, beef producers in the region have realised the key to profitability is cattle fertility rates and the genetic hardiness of their stock.

With a small team of researchers, CQUniversity Professor of Agriculture Dave Swain has invented and developed ground-breaking new animal monitoring systems that link biology with technology, combining automated livestock management hardware, such as weighing systems, with cutting-edge software so that beef producers have a precise understanding of individual animal performance.

The Web application, called DataMuster, integrates on-farm weigh scales (known as walk-over-weighing systems), which capture the daily weights of individual cattle as they walk to water troughs, and sophisticated analysis systems to deliver real-time information about individual animals and infrastructure, direct to a mobile app.

DataMuster automates the process of collecting daily information on every animal on a property so farmers can make informed decisions to improve cattle genetics, cattle management and supply chain management.

Data is automatically analysed on the farm using small micro-computers, called Raspberry Pi units, and transmitted to QRIScloud, which provides the server to run the app.

QRIScloud also hosts the data that is automatically collected from the remote farms using the DataMuster system. There is currently about 10 GB of data, with a total 5 TB allocation in QRIScloud. Low bandwidth technology is used to overcome remote internet access issues.

“With the fully integrated DataMuster system, graziers will be able to monitor their property, each of their animals and even the amount of water in remote troughs, all in real-time from the homestead,” said Prof. Swain.

“This will not only improve their profitability by cutting down on labour costs, it will improve their herd management decisions by providing them with information on cattle weight and suitability for market, whether or not a cow is pregnant, when she has calved, and vital genetic data such as the maternal parentage, reproductive efficiency and growth rates.

“We’ve been working on the DataMuster platform in various forms for the last 10 or 15 years. We’re really excited now to have got it to a stage where we can actually make it available for producers.”

DataMuster is currently seeking commercial partners and users, and the first commercial DataMuster systems were rolled out to customers late last month.

The app’s pilot trial began in early 2017, on six farms and at the Belmont research station, which is run as a commercial property and provides researchers with a test bed for sensor equipment.

Central Queensland cattle producer Geoff Maynard’s stock was used in the trial. “Most people now realise one of the most productive traits in northern Australia is fertility. We’re seeing the data that we’re collecting with CQUni and their walk-over weighing really helps us collate very intensive measurements that give us an indication of the quickest re-breeders and the more fertile cattle in the herd. Any technology that can help get those accurate measurements to then validate and collate with the genomic information will be incredibly important,” said Maynard.

An added benefit of the pilot trial was opening the flow of phenotypic data from DataMuster to the industry’s genetic analysis system Breedplan.

When shown DataMuster at this year’s Beef Australia Expo in Rockhampton, primary producer Michael Lyons could immediately see its potential. “Being able to identify when cattle are [fertility] cycling, will be really useful. And because we’re running a seedstock [breeding cattle] operation in a fairly extensive environment, if we can use that to get an idea of calving dates, that’d be amazing,” he said.

Also at the Expo, Mark Collins of AgForce Queensland, a peak organisation representing Queensland’s rural producers, said: “The DataMuster data and what it provides to industry and the collection of that data is really of utmost importance to our industry. It’s these sorts of profitability drivers that allow producers out there to put real dollars back in their pockets.”

For the producer, DataMuster will help ensure more beef is produced per hectare, bolstering the bottom line and the nation’s export returns; for the consumer, it means industry can select genetics that are known to produce tender beef; and for the environment, including the Great Barrier Reef, it will reduce the amount of grazing pressure on ground cover and waterways.

More than a decade in the making, the DataMuster project’s initial problem was enabling automated processing of Internet of Things data collected from remote locations. QRIScloud helped overcome this issue, providing a flexible Linux-based operating system that allowed the research team to automate data collection and processing, and integrate a wide range of different data sources.

“We know sometimes connectivity can be an issue, so what we’ve done with the hardware within DataMuster is provided a range of flexible solutions,” said Prof. Swain. “Normally we would do that on a centralised server, but for DataMuster, we recognise that in remote locations you need that to be happening at the trough or in the ute, so we’ve developed a small, very, very cheap computer-based system that allows us to deliver those solutions where it’s needed.”

The software architecture of DataMuster relies heavily on using Docker containers, and the team is able to deploy and connect a number of different applications via Docker networks.

“QRIScloud has enabled us to deliver a Web interface linked to a server running R and more recently, using R within a Docker container to allow more easily scaled software solutions. QRIScloud also links to automated data processing via a Mongo database and more recently, we are working on storing flat files via the QRIScloud object store,” said Prof. Swain.

Jason helps with systems administration, including setting up virtual machines, data synchronisation and software installation, and provides IT advice for the project.

Prof. Swain and his team are working to expand the scope of the app to provide predictive capabilities to further improve on-farm decision-making. This will include pasture monitoring and weather data to forecast available nutrition and stocking capacity; price signals from abattoirs so that producers can determine when they have stock that fit market specifications; and meat quality information for processors, with meat grading and meat tenderness directly linked to on-farm growth rates and animal nutrition.

The DataMuster project is working closely with the northern Australia beef industry to further refine and evaluate how data collection from commercial cattle properties can be used to build a research methodology. The project is also working with cattle producers in Argentina, one of the world’s largest beef and cattle producers alongside Australia.

DataMuster operates under the Central Queensland Livestock Centre of Excellence, which involves partnerships with the state governments, Queensland Agricultural Training College and AgForce, which owns the Belmont facilities.

DataMuster is currently seeking commercial partners and users. Please visit the DataMuster website for more information and to register your interest.

Some quotes and extracts are from “Research at CQUniversity”, published January 2017.