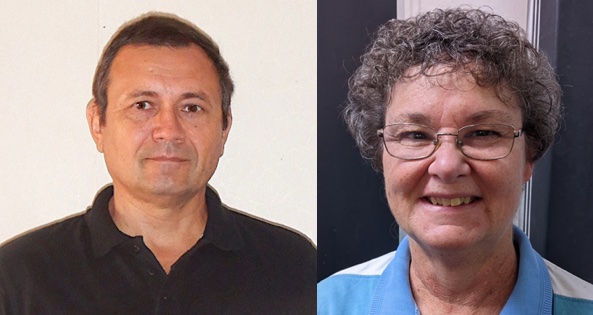 Alex, an experienced web developer and programmer with more than 20 years in the field, with a background in assisting researchers, has joined QCIF as a Senior Software Engineer.

“We believe he will be a valuable contributor to the ongoing success of QCIF Software Solutions and welcome him as part of the team,” said QCIF Business Development and Communications Manager Troy Lockett.

About joining QCIF, Alex said: “I’ve always enjoyed solving technical problems and working with research scientists. I can see here [at QCIF] I have both.”

Alex has previously worked for QCIF Members The University of Queensland and Griffith University.

At UQ’s Institute for Molecular Bioscience (IMB), he worked for more than three years, from 2012–2015, as a Web Application Developer. He worked on the Specialized Facility in Bioinformatics and the EMBL Australia Bioinformatics Resource projects.

At Griffith in 2016, he worked as a Senior Web Developer on several internal projects, including an early childhood music project for the university’s Young Conservatorium, which nurtures young musicians.

For the last six years, Alex has worked as a Web Developer for Hills Web, a private web development company.

Originally from Russia, Alex has a Master’s of Science, majoring in Biology, from Samara University.

Brigette has joined QCIF as a Software Engineer and will initially work on Bioplatforms Australia’s Data Portal, helping to ingest genome sequences, adding new functionalities and updating its website.

Brigette decided to join QCIF to combine her many years of IT experience with her lifelong love of science. “While I have worked internationally in the IT industry, I have always wanted to embrace science, and with two Bachelor degrees, one in IT [from Charles Sturt University] and the other in Biotechnology [from CQU], QCIF gives me the opportunity to contribute in both areas,” she said.

“I am looking forward to learning new technical skills and increasing my understanding of research initiatives supported by QCIF.”

Brigette’s career in technology spans more than 30 years, working across a broad range of Australian industries and government. She also spent a few years working in the USA as a technology consultant.

From 2002–2013, she worked for CQU as a senior software programmer and developer.

More recently, she has been working as a private IT consultant.

QCIF warmly welcomes both Alex and Brigette to the team.

Find out more about QCIF’s Software Solutions services on our website.