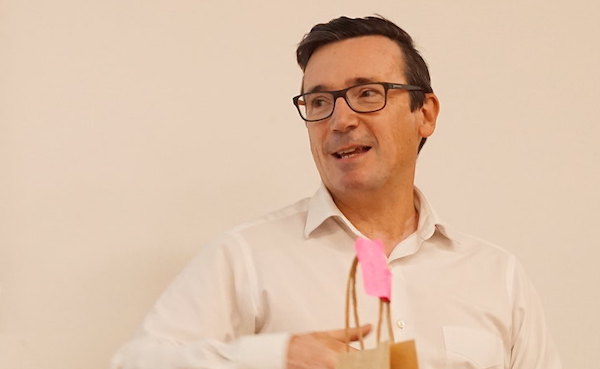 Nigel Ward will change roles within QCIF from eResearch Manager to Associate Director of Platforms for the Australian BioCommons from 1 July 2020.

In his new role, Nigel will work with multiple BioCommons partner organisations to define the shape of and direct the establishment and operations of key national bioinformatics platforms. This includes Galaxy Australia and the Bioplatforms Australia Data Portal, both of which involve QCIF staff.

“After nearly five years as eResearch Manager within QCIF, I’ve decided that it is time for a change, and am very excited to be taking on this new role,” said Nigel.

“I’ve been a long-time advocate for software platforms as places where researchers access the data, tools and compute they need to get their jobs done. With digital technologies proving transformational for life sciences, providing Australian researchers with simplified access to essential tools is critical to their ability to respond to national food security, environmental and disease challenges,” he said.

“The eResearch Analysts already help deliver QCIF’s workshops and assist with Queensland’s Hacky Hours, so this reorganisation will create a single section dedicated to providing researcher advice, support and training to our members,” said Mark.

QCIF CEO John Bancroft said Nigel had been a pivotal member of the QCIF leadership team. “I would like to thank Nigel enormously for all he has done for QCIF. The good news is, in his new role in BioCommons, Nigel will still be close by and continuing to work with us going forward.”

Nigel has spent the last 10 years in eResearch, joining QCIF in July 2015 from the University of Queensland, where he was Data Management Coordinator in the School of Information Technology and Electrical Engineering. During the latter role, Nigel also worked for 3.5 years as Deputy Director of the Nectar (National eResearch Collaboration Tools and Resources) project, which is now part of the Australian Research Data Commons (ARDC).

QCIF wishes Nigel all the best in his Australian BioCommons role and we look forward to continuing to work with him on projects supporting researchers.