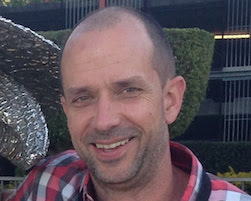 Pieter joins us part-time in a seconded position from Griffith University where he is a Unix Technical Team Leader within the IT Service Centre.

He will split his time at QCIF between both the BPA-DP and ReDBox, and other software projects being developed by the Data Innovation team.

QCIF Business Development and Communications Manager Troy Lockett said Pieter has depth of experience in a number of research and commercially-focused fields. “We look forward to the contributions he can make to the Data Innovation team in 2020 and beyond.”

Pieter has more than 20 years’ experience in the IT industry, including the private sector in Brisbane, New Zealand and the United Kingdom.

His previous work included the role of Database Manager on a nutrigenomics project for Plant and Food Research New Zealand, a government-owned institute. Pieter wrangled the research data for this interdisciplinary project involving more than 50 scientists from four different institutions.

In 2018, he had a three-month sabbatical from Griffith to work on a gorilla project in Congo’s Virunga National Park. There, among a wide range of other tasks, he cleansed and standardised gorilla data sets and provided general IT support for park staff.

Pieter has been the co-author of 10 scientific papers.

QCIF warmly welcomes Pieter to the team and farewells Heidi, wishing her all the best in her new role as Data Platform Manager at agtech start-up Ceres Tag.