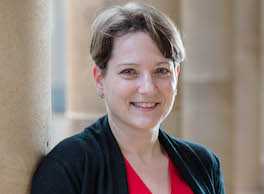 By Dr Marlies Hankel, a QCIF eResearch Analyst at UQ.

QCIF has a share of time on Gadi, the most powerful supercomputer in the Southern Hemisphere, for researchers at its member universities (UQ, QUT, Griffith, USQ, JCU, CQU and USC).

Applications are accepted all year round. This scheme is particularly suited to early career researchers and those without a substantive HPC track record. It is also suited to researchers and research groups who intend to apply for an allocation under the National Computational Merit Allocation Scheme (NCMAS), which is open once a year, to gain experience of using Gadi before applying.

Applications for NCMAS are expected to open in September 2020 for allocations in 2021.

If you wish to apply for QCIF’s share, please contact me (Dr Marlies Hankel) in the first instance. I will instruct you in how to fill in the form and ascertain whether your workload is suited to Gadi or not. Also contact me if you would like to know more about Gadi: m.hankel@uq.edu.au.

Gadi, based at National Computational Infrastructure (NCI Australia), has recently placed at position 24 on the TOP500 list, a global ranking of supercomputers released at the ISC High Performance Digital Conference.

NCI Australia is the nation’s most highly-integrated, high-performance research computing and data science environment. Based at the Australian National University, it brings together the Australian Government, universities, national science agencies and industry. Major collaborators include ANU, CSIRO, the Bureau of Meteorology and Geoscience Australia.

As well as the unique NCRIS $70 million investment to upgrade infrastructure, which enabled NCI to build Gadi, NCI currently receives approximately $6 million per annum from NCRIS to support its operating costs. In total, NCI has been allocated more than $210 million through Federal Government funding since 2006.

TAGS
EVENTS
NEWS
Go to Top
We use cookies on our website to give you the most relevant experience by remembering your preferences and repeat visits. By clicking “Accept”, you consent to the use of ALL the cookies.
Cookie settingsACCEPT
Manage consent